Business Growth. Many Paths. One Destination.

The Best Method for Business Growth
Let me set the stage for you. You’re walking down the hall of one of the nation’s most prestigious universities while classes are in session.

As you pass door #1, you hear the professor talking about an organized system of rules concerning the cause and purpose of a fundamental set of methods for growth and success.

As you pass door #2, you hear students passionately discussing the practices and behavior for measuring growth and success.

In the last class, the participants are investigating the principal methods for growth and success, knowledge sharing, and performance metrics.

Were the students in these classes studying religion, science, or philosophy? The quick answer is Yes.

Business Growth… Many Paths… One Mountain

There is a beautiful Hindu teaching that says “there are hundreds of paths up the mountain, all leading to the same place. So, it doesn’t matter which path you take. The only person wasting time is the one running around the mountain telling everyone that his or her path is wrong.”

This perspective has been a driving force for my personal life and professional career. When I was studying world religions in college, my area of focus was “universal truths.” I was fascinated by how the core tenants of the major world religions shared so much in common.

I later took the same compare and contrast methods and applied them to selling methodologies as I became a professional sales training and operations expert. Additionally, this same mindset was instrumental in the research and launch of my online trading software company. With my current consulting practice, this universalist approach has been beneficial for helping business owners overcome their challenges for growth.

The truth is – there is nothing new under the sun. It is just a matter of understanding the core elements impacting a situation. Once you are aware of the cause, the path forward becomes obvious, profitable, and predictable.

The best and most obvious illustration of the multiple methods with one destination idea is the “Golden Rule” principle.

Look at how common the “Golden Rule” is across multiple religious viewpoints:

Being that business relies on humans as a primary part of the success model, it should be no surprise that premier sales trainers provide advice like this:

So, the next time you are wooed by the latest business growth best sellers, look for common threads and ideas, those little gems of universal truths that resonate across multiple authors.

Remember this… before there was a Silicon Valley there was the Indus Valley; long before the 7 Habits of Highly Effective People, there were the 10 Commandments for successful people. TED talks are great. But, the concept is nothing new. Great storytelling has been around since the beginning of time. 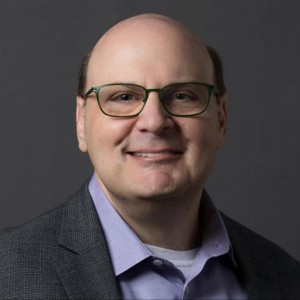 All Posts
We use cookies on our website to give you the most relevant experience by remembering your preferences and repeat visits. By clicking “Accept”, you consent to the use of ALL the cookies.
Do not sell my personal information.
Cookie SettingsAccept
Manage consent

This website uses cookies to improve your experience while you navigate through the website. Out of these, the cookies that are categorized as necessary are stored on your browser as they are essential for the working of basic functionalities of the website. We also use third-party cookies that help us analyze and understand how you use this website. These cookies will be stored in your browser only with your consent. You also have the option to opt-out of these cookies. But opting out of some of these cookies may affect your browsing experience.
Necessary Always Enabled
Necessary cookies are absolutely essential for the website to function properly. These cookies ensure basic functionalities and security features of the website, anonymously.
Functional
Functional cookies help to perform certain functionalities like sharing the content of the website on social media platforms, collect feedbacks, and other third-party features.
Performance
Performance cookies are used to understand and analyze the key performance indexes of the website which helps in delivering a better user experience for the visitors.
Analytics
Analytical cookies are used to understand how visitors interact with the website. These cookies help provide information on metrics the number of visitors, bounce rate, traffic source, etc.
Advertisement
Advertisement cookies are used to provide visitors with relevant ads and marketing campaigns. These cookies track visitors across websites and collect information to provide customized ads.
Others
Other uncategorized cookies are those that are being analyzed and have not been classified into a category as yet.
SAVE & ACCEPT